I’m out doing educations and it’s both fun and a great chance for me to learn new stuffs since it’s always something that just for no reason going south.

So today I was out on one of these missions and we where doing some labs developing functions, when we added an extra input from a table storage the Function App just chrashed and then we just got errors that the site was offline and it dident come up. Everybody encountered it so I had to investigate.

The response was a 503 Service Unavailable and the body was the following html content (removed the style since it just took alot of space):

So what did we do to get here? Well we just wanted to add an input to from a Table Storage to a standard HTTP Trigger and we started from a blank new defualt function.

Here is my default http function: 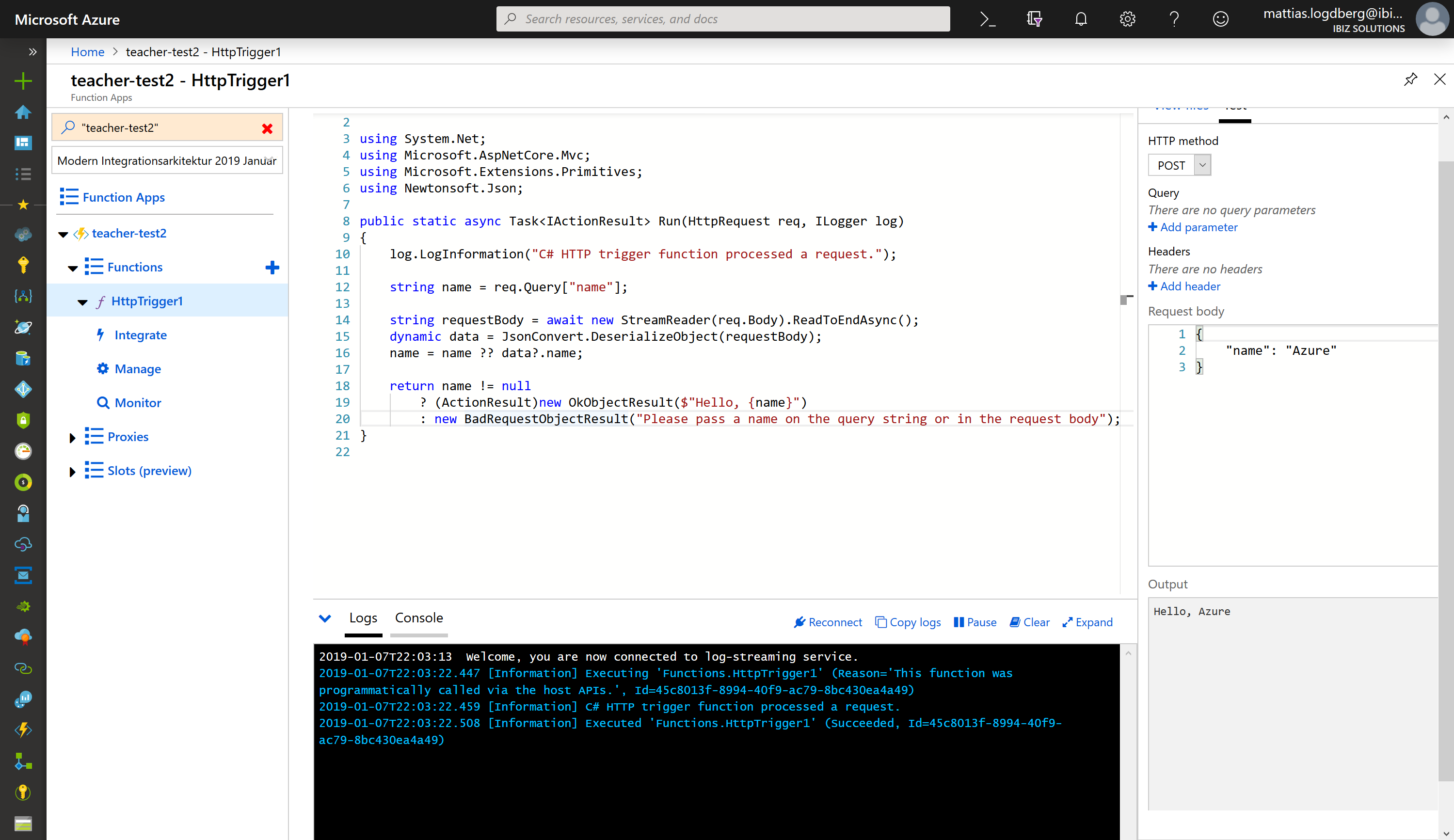 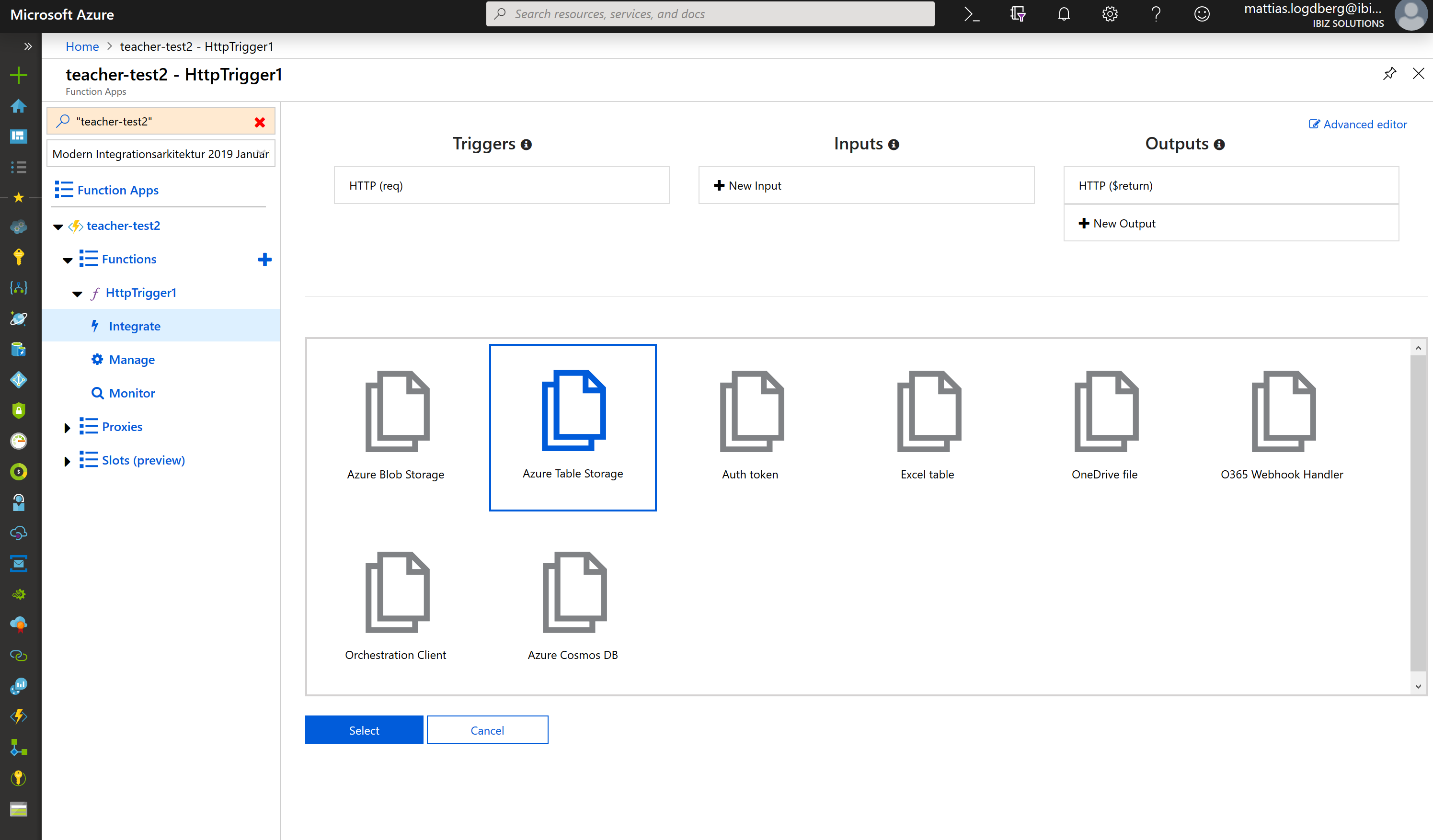 After selecting the Azure Table Storage we get an warning that the extension is not installed, let’s install it! 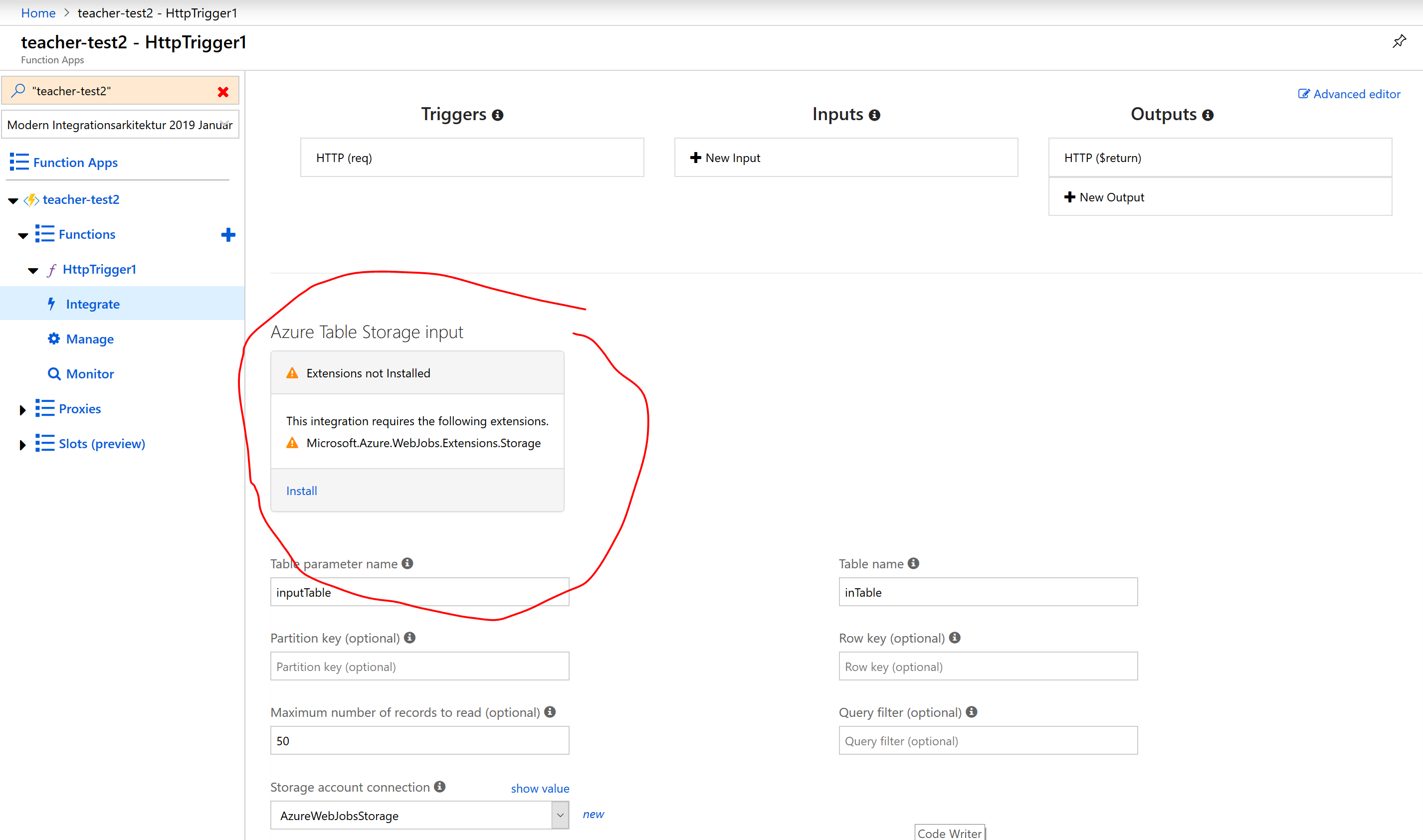 It’s installing and we proceed as told in the message:

So we just continued and filled the other details and pressed Save.

After that we went back to the function to add the input, it’s just a simple signature update from:

Now when we run the function the inputTable should be populated from the Azure Table Storage but when we try to execute it we just get a http error code 503 Service Unavailable and in the body I can see the text “Host Offline”. 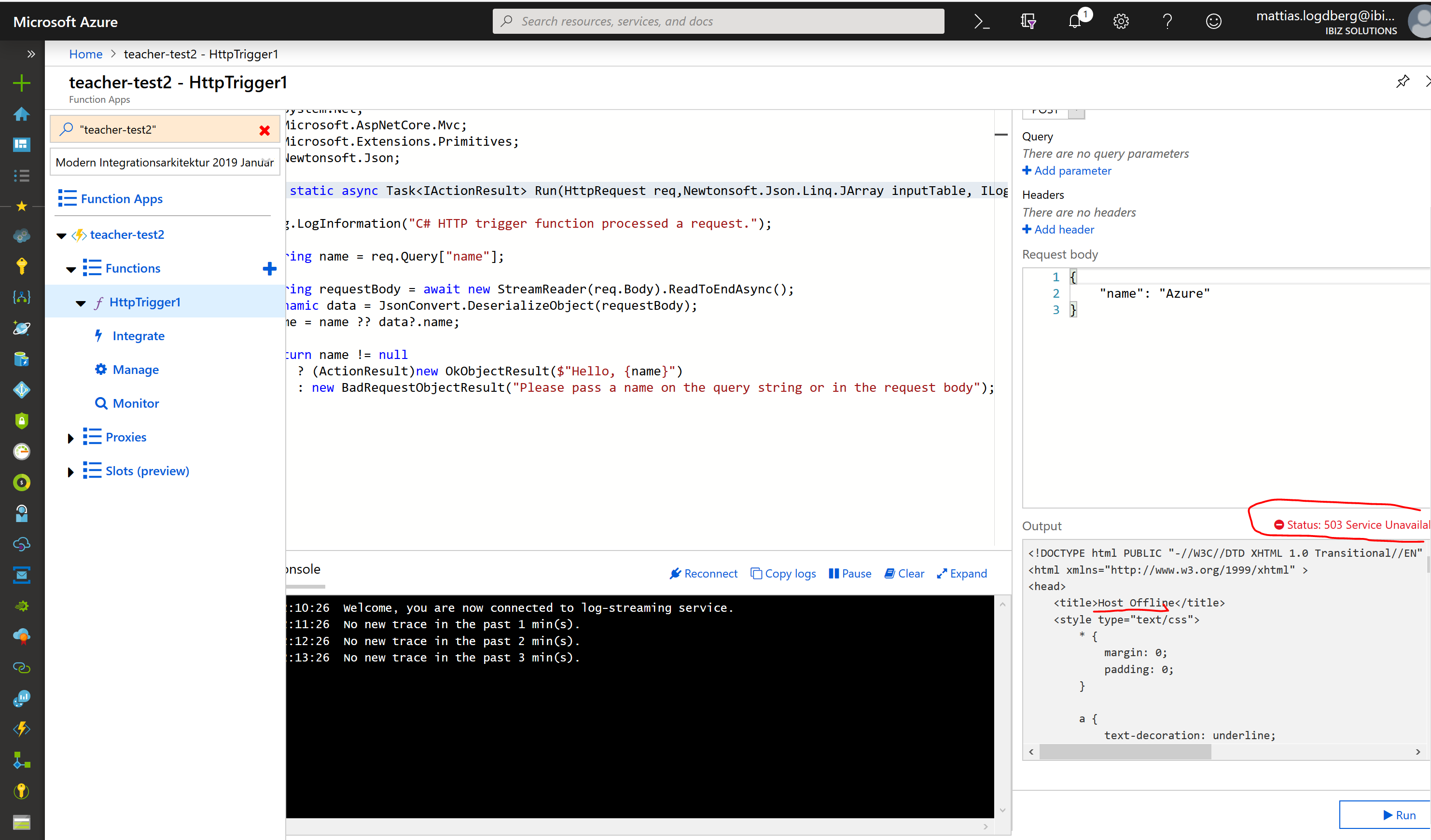 So we started to look into this and read that it could be due to extension not installed properly, to fix this we followed this guide: https://github.com/Azure/azure-functions-host/wiki/Updating-your-function-app-extensions

If you are missing the file it can easily be created in the command prompt witb a simple script:

Run the build command (this takes a while to run so be patient): 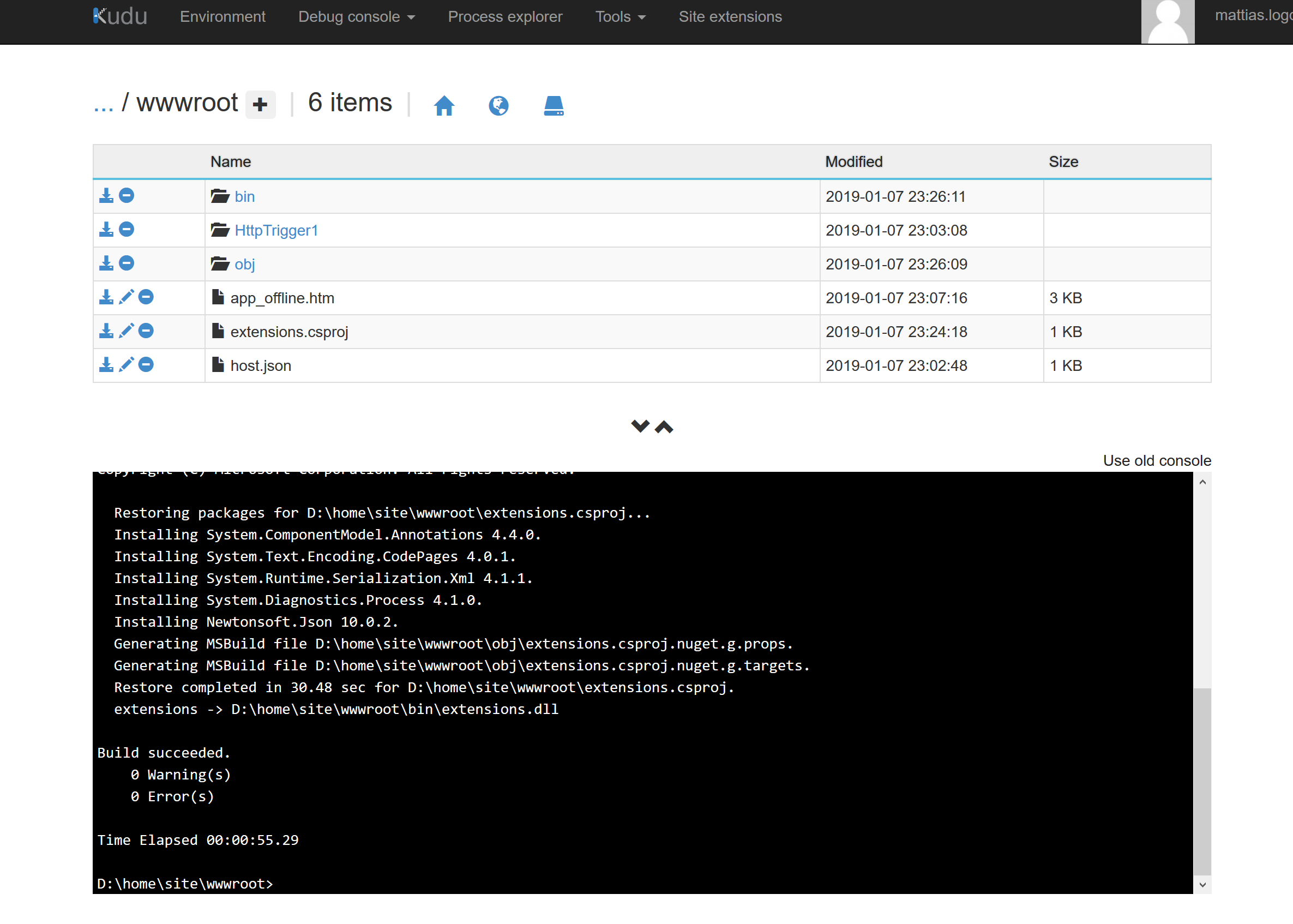 So now the extensions is installed, let’s verify if this solves the issue completly? Start the Function App and test the function again.

If you are as unlucky as me and the function is not working we need to do one more thing. Let’s go back to Kudos and the CMD Prompt again, the problem is the app_offline.htm file:

Delete it and go back and test agian, it works again! 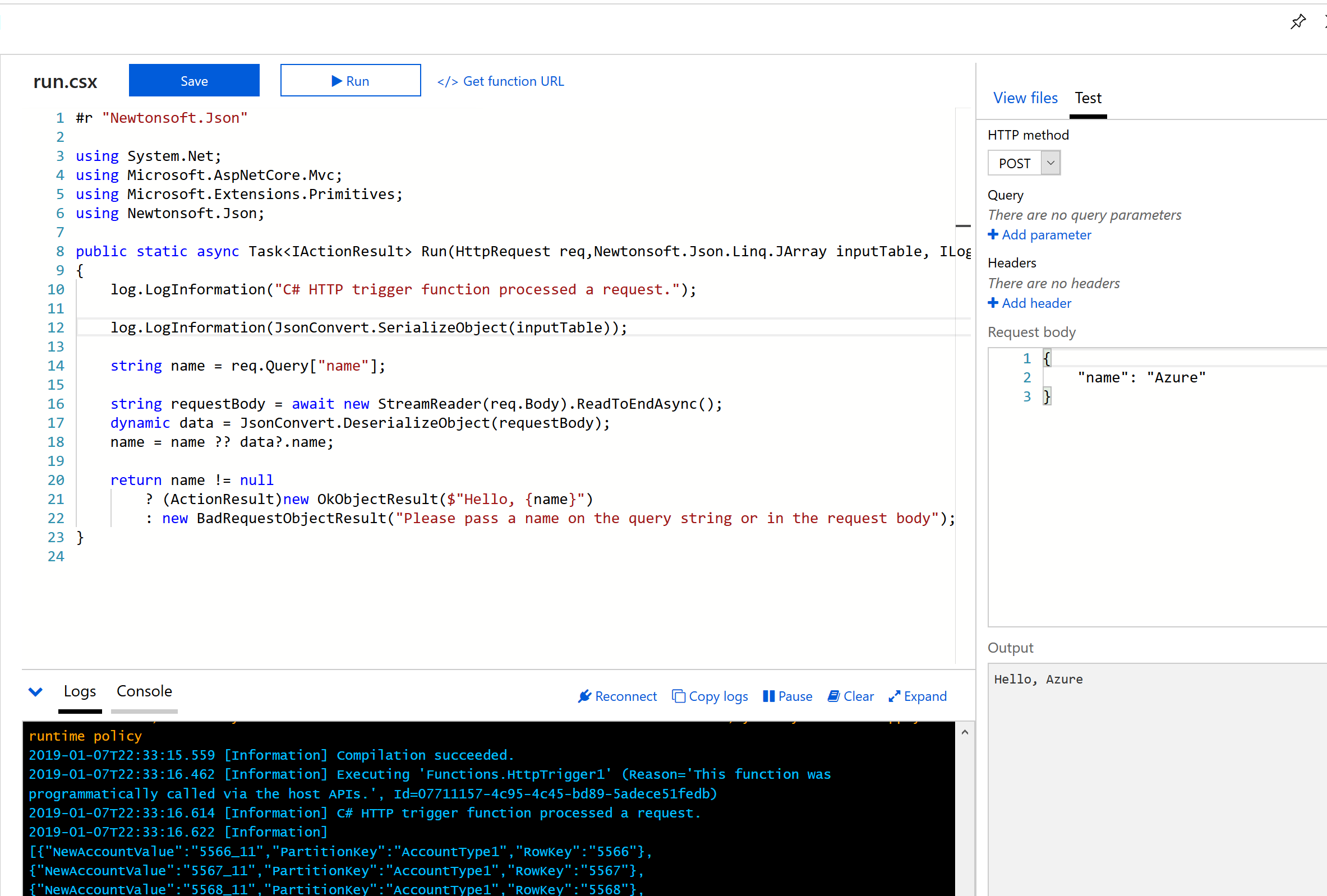 By showing the problem and the reproduce scenario we can help out improving the products! So I hope this helps anyone and leads to a fix from the prodcut team.